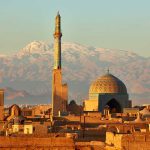 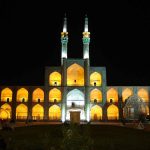 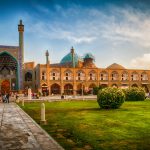 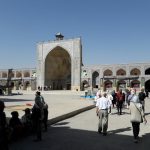 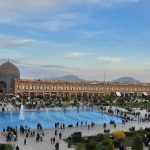 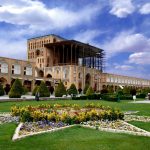 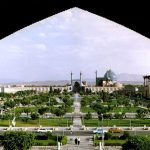 Naqsh-e Jahan Square (Design of the world), officially known as Imam Square, is situated at the center of Isfahan city. This famous square was built during Shah Abbas the Great who made Isfahan his capital and then decreed that the square should be extended to its present size, and lovely buildings set around it. The length of this great square, which is actually rectangular, is 500 meters from north to south, and its width about 150 meters from east to west. It was laid out and beautified in the reign of Shah Abbas the Great, at the beginning of the seventeenth century.

Today, Namaaz-e Jom'eh (the Muslim Friday prayer) is held in this square in front of the Imam Mosque.

Naqsh-e Jahan Square is an important historical site and one of UNESCO's World Heritage Sites.